This week 5 girls and I went to Yyteri Beach on the Western Coast of Finland. We left the house at about 6:45 AM, and took a car to the train station, a train to Tampere, another train to Pori, and finally a bus to Yyteri.This all took about 3 and a half hours, but it was worth the wait. 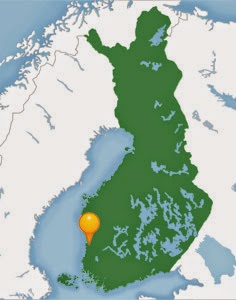 I figured it would be similar to the beaches at home, but it was very different. Since it is on the Finnish Sea, there are no waves like there are on the Atlantic, and the water was very shallow. It was also much colder than at home, but I've grown to expect that here. 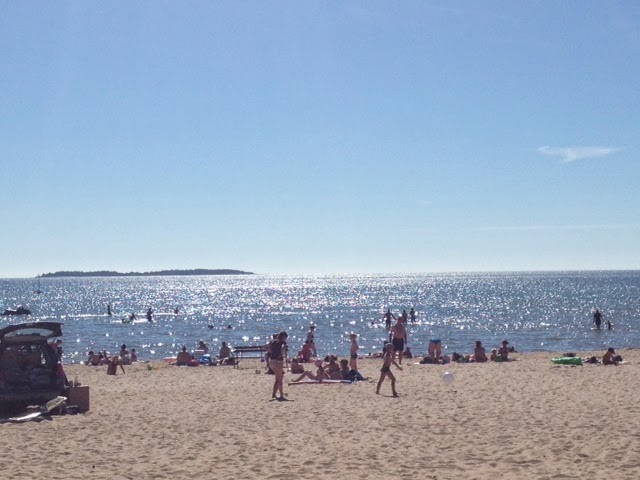 After a whole day at the beach, we took our train/bus/car route home again, and arrived at about 9 PM. Very worth it to say I have offically swam in the Finnish Sea! 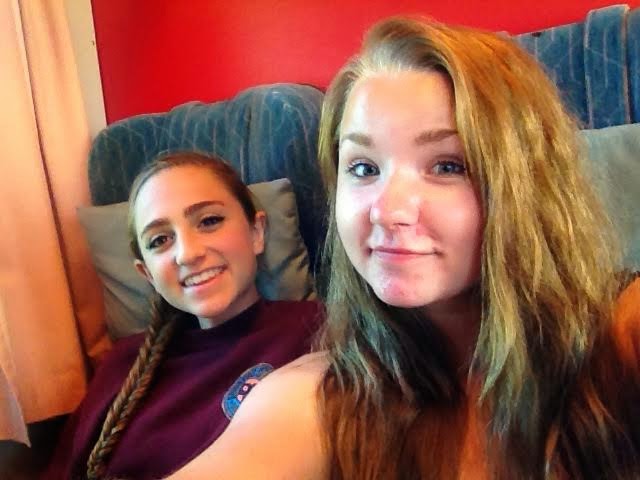 This week we went into Tampere, one of the biggest cities in Finland. There are a lot of universities and students here, so it is a very young and lively city. Actually reminded me a bit of Seattle, although it is much quieter. Then again, everything is unusually quiet here in Finland. 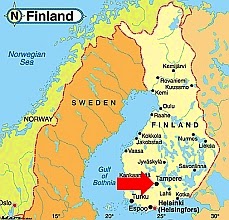 First we walked to go see Minttu's art school that she will be going to next year, Tammerkoski. Then we walked around some of the main streets and shopped for a bit, here is what some of it looked like. 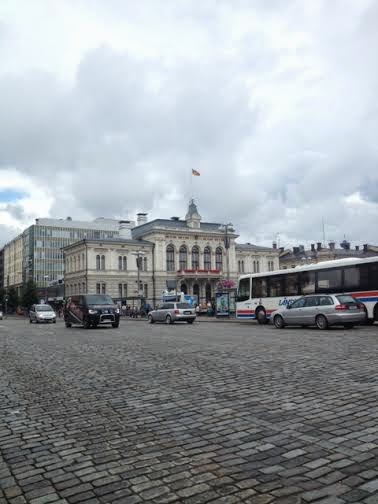 For lunch we went into a big indoor market place that had all sorts of produce, fish, flower, and pastry stands. Very cute. There was a small sit down restaurant in the middle of it all where we ate with a great atmosphere...open walls so you could eat and watch all the people milling around the marketplace. I had an amazing French fish soup from fish caught in the lakes here. 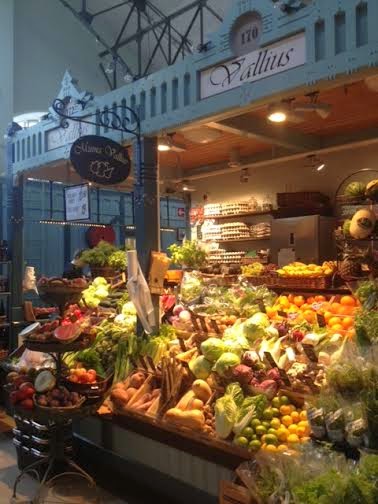 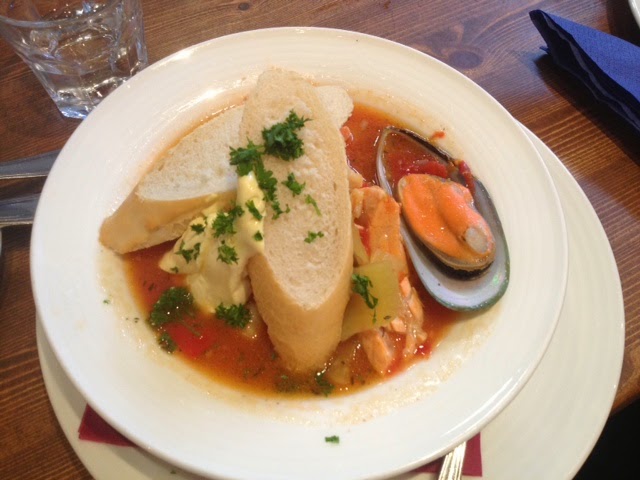 After that we went on more sightseeing and saw the Finlayson factory, a huge factory that the city of Tampere first developed around as an industrial town. Mostly workers lived there, and the Finlayson textile industry brought a lot of income and people to the area. The factory is mostly unused now, so it has been converted into a museum about the textile industry in Finland and the workers' lives in the industrial era. We then went to a famous cafe in the hills called Kahvila. We had their famous Finnish doughnuts and coffee outside while looking over the lake. Felt very European. We also climbed to the top of a view tower there, and had some amazing views of Tampere. 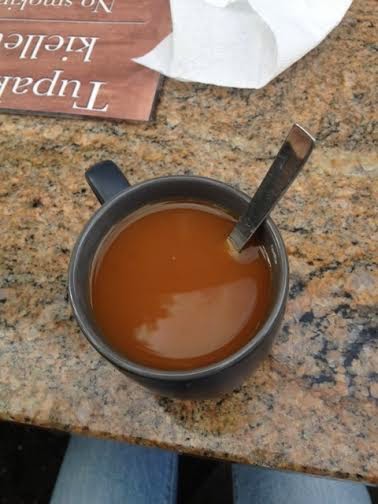 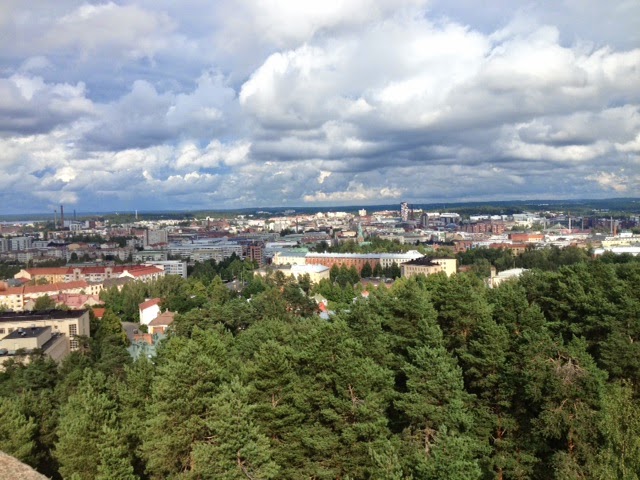 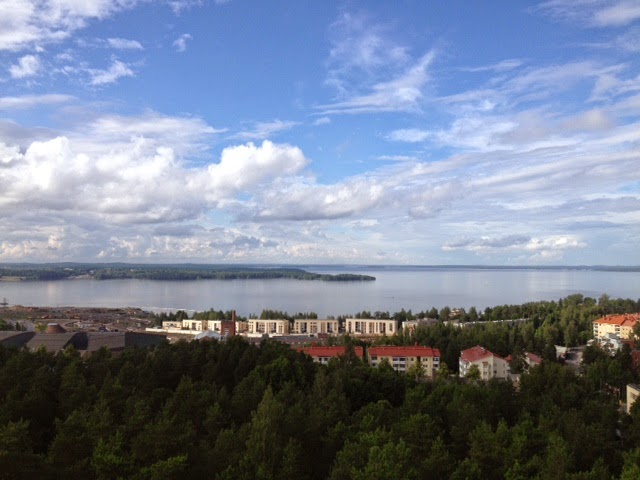 After that, (sorry for the long post) we went to an FC Haka vs. Ilves game. Haka is Valkeakoski's home team, so we of course cheered for them. Ilves is Tampere's team, which is a much bigger city, so of course they are much bigger and were favored to win. Against the odds though, Haka played a very good game and tied it 0-0. It was an away game for us so we were about the only ones cheering for Haka there. The stadium was sold out at 5,000 people, apparently the most they have had in a while. It was the quietest sporting event I have ever been to, just as everything is here! It was really great to get a chance to see some professional Finnish football while I am here! I will hopefully be going to another Haka game back in Valkeakoski on Sunday. Thanks for reading! 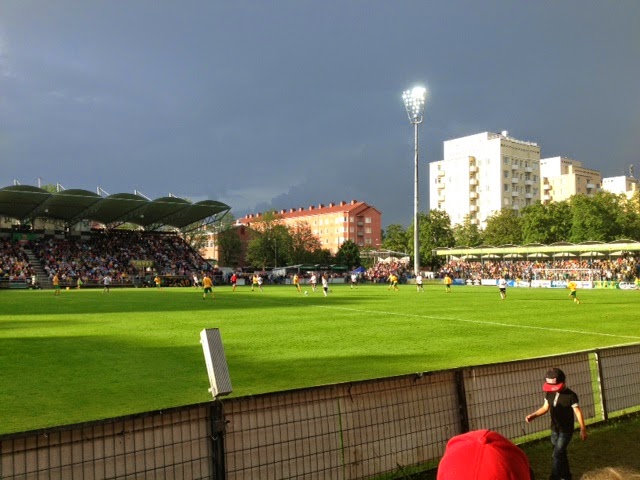 The summer cottage (and summer) is a very important part of Finnish life. Many people have temporary residences in the forest or on one of the many lakes to stay in during the extremely long summer days. This weekend we stayed in one of my host family's cottages on a lake about an hour outside Tampere. The water was so calm it looked like a mirror 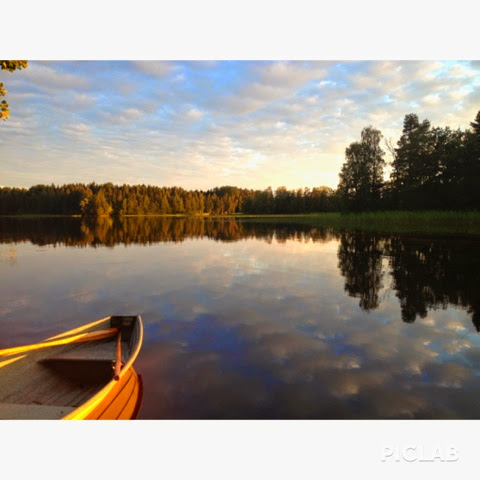 At night we were able to take the rowboat out to watch the sun set at about 11:30 pm. Even after the sun sets, it's still bright enough to walk around outside without lights. 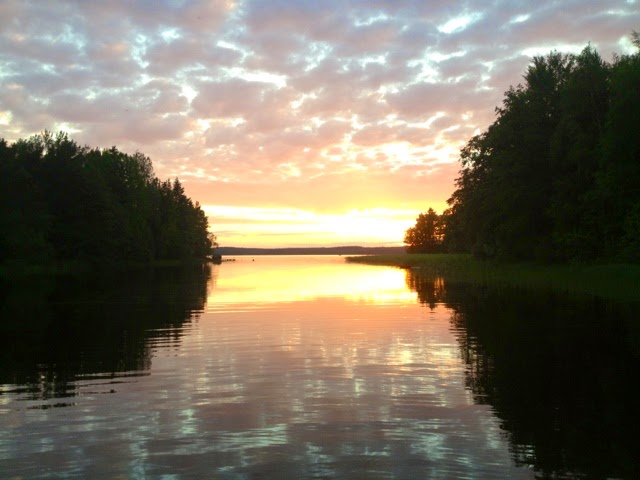 Here was also my first time trying the sauna, another huge part of finnish culture. In this country there are about 5 million people and 2 million saunas. Many have them in both their regular homes and in their summer cottages. The sauna is usually followed by a swim in the lake The water is much colder than it is at home, but very refreshing after boiling for 10 minutes in the sauna room.
Posted by Unknown at 8:11 AM No comments:

I have arrived in Finland! On Monday we drove to JFK in New York to leave from the airport later that day. There we me the six other Finnish exchange students going home, and the six American students leaving. We flew into Helsinki and then drove about an hour and a half to the town I am staying in, Valkeakoski. The town is so beautiful, with a very distinct and traditional Finnish culture that permeates all aspects of life. The lakes here are bigger and even more beautiful than I imagined. The nature is very different than at home, and there is a lot more forest and green space all around, which is a nice change.

Posted by Unknown at 4:33 AM No comments:

For some of Miinttu's last days in America we had the extremely patriotic experience of seeing the fireworks at Penn State University, the school that multiple generations of my family have called home. 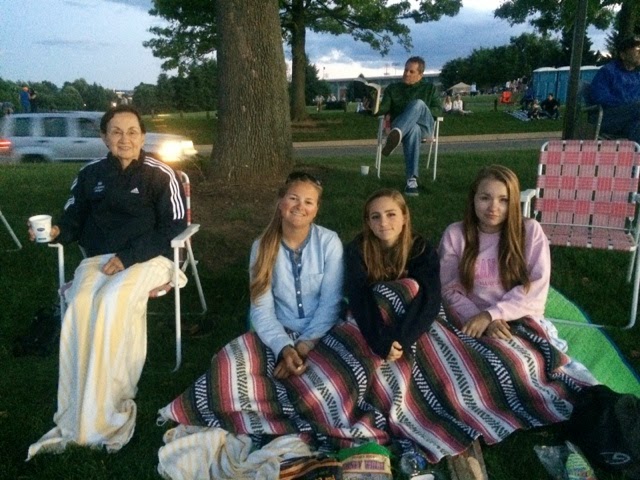 Getting ready to watch fireworks 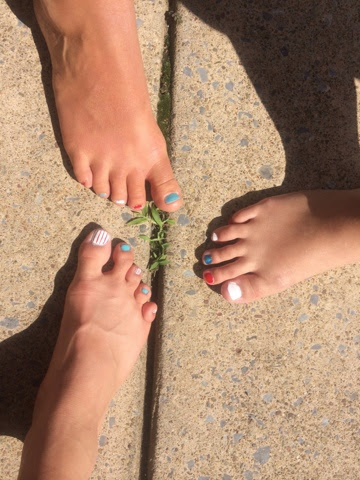 Patriotic nails for the night and a piece of America for Minttu to take home! 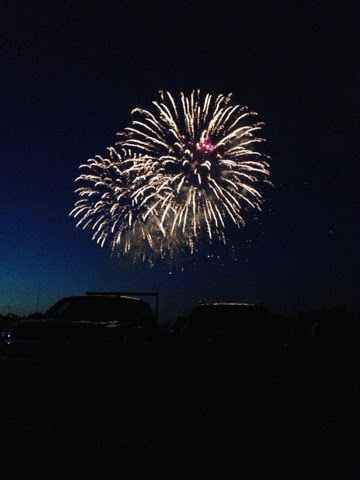 For such a small town State College has and amazing and long fireworks show...the third largest in the country! 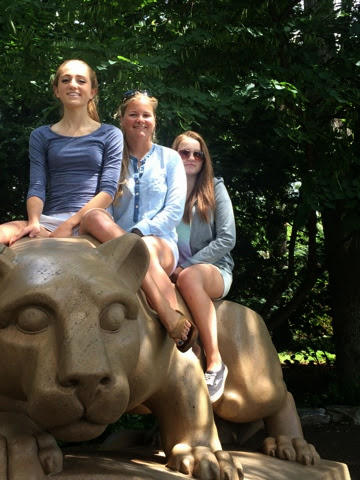 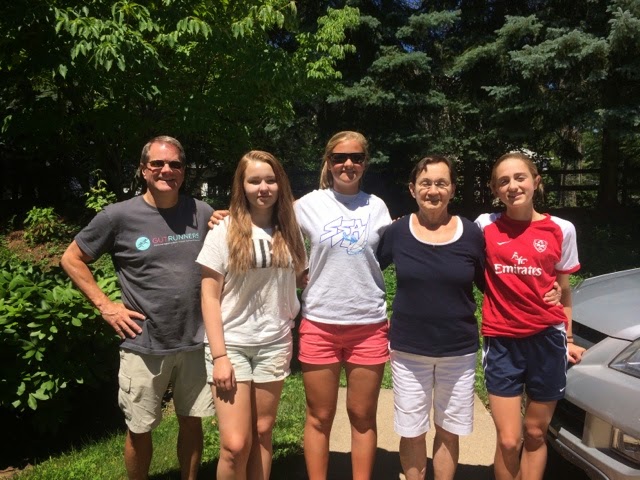 Thank you to Grandma Sue for letting us stay with her, showing us around the beautiful mountains of Pennsylvania, and giving us an amazing Fourth of July weekend! We are so happy Minttu could be with us to experience such a big part of American culture.

Last weekend some of my friends and I showed Minttu the Baltimore Aquarium and saw some really cool but weird looking animals. Everyone's favorite was definitely the giant shark tank :) 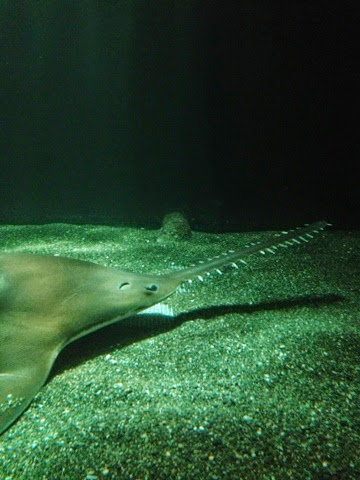 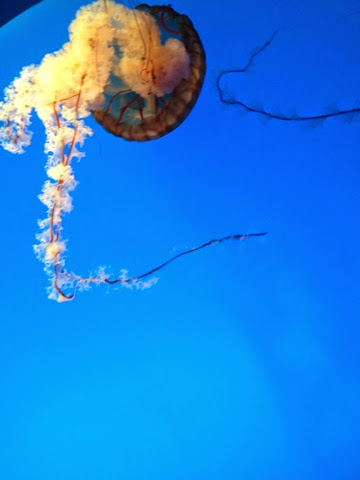 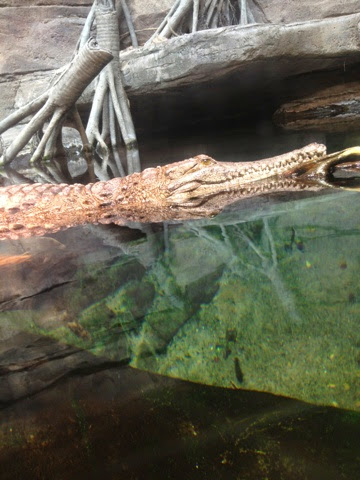 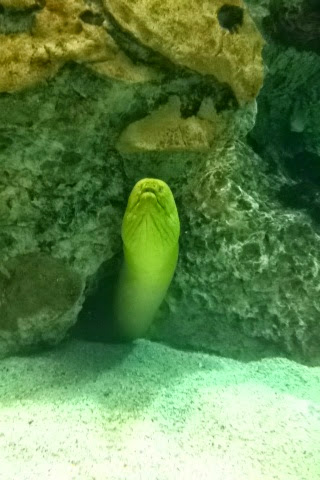 We also got to spend some time in the inner harbour, which I think is one of the most beautiful places in Maryland
Posted by Unknown at 10:02 AM No comments:

Last Friday we went down to Ocean City for my team's Beach5 Sand Soccer Tournament. We spent a few days at the beach, staying at a great resort, and then Minttu came to the boardwalk on Sunday to cheer on my team from the sidelines. We had games from 8 am to 6pm, so it was a long but fun day. We ended up in second place. 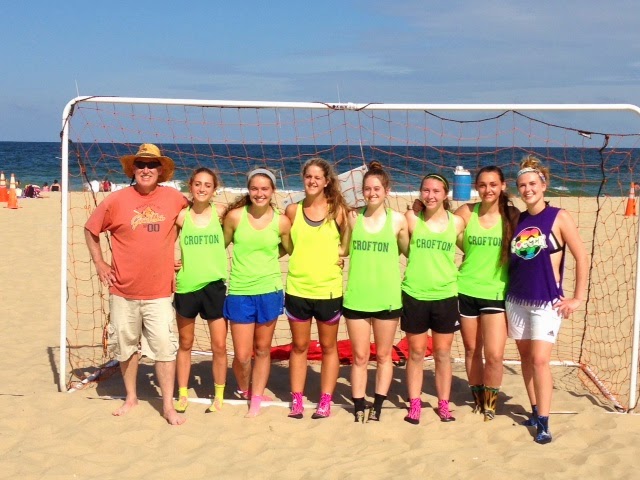 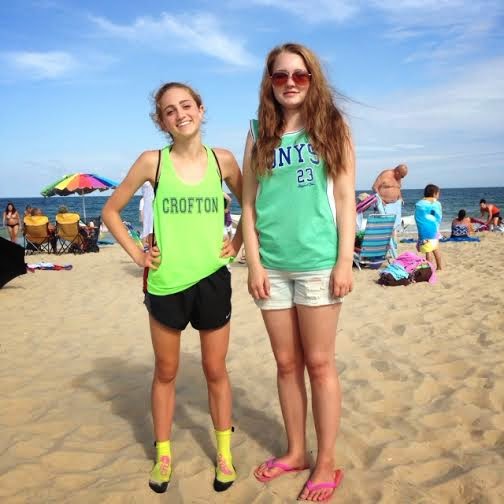 Sunday was really fun and we ended up in second place! Would have been better had the results of the USA vs. Portugal World Cup game been different...
Posted by Unknown at 8:04 PM No comments: